In January, symplr announced a new golf sponsorship program and has since welcomed new members. LPGA pro Azahara Muñoz was among the first brand ambassadors in the program. The partnership with Muñoz is unique and goes beyond the golf course, given that she was set to begin 2022 on maternity leave. symplr’s decision to partner with Muñoz symbolizes our dedication to all hard-working parents regardless of their chosen roles!

Muñoz is back competing on the LPGA once again. Her return to competition came in early September and has been impressive: She's made the cut in her first three events.

Now, we’re thrilled that she’s teaming up with our symplr Women’s Initiative Network (sWIN) on November 17 for an in-depth and personal conversation. Muñoz will share her experiences and insights on topics including: 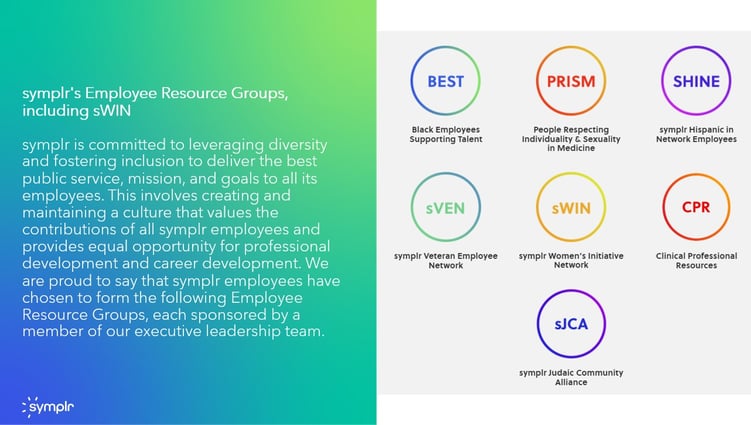 Muñoz began playing golf at age eight and credits her father as the most influential person in her career. As a member of the Spanish National Team, Muñoz experienced a successful amateur career, winning the 2002 Spanish Amateur Championship and finishing runner-up at the 2002 U.S. Women’s Amateur Championship. In 2009, she won the British Women’s Amateur Champion. While attending Arizona State University, Muñoz notched many accomplishments, including being named the 2008 NCAA Individual National Champion and leading the Sun Devils to the Team National Championship in 2009.

Muñoz has also had great success in her professional career, including being named LPGA Rookie of the year in 2010, winning on the LPGA, representing her home country of Spain at two Olympic Games, and competing as a member of Team Europe at four Solheim Cups (a tournament for professional women golfers representing European countries and the U.S.).

Changing the game for patients and providers with WebMD and symplr Directory: announcing Care Finder Direct